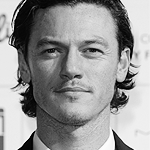 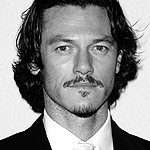 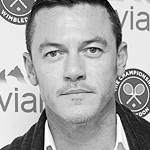 Early life
Luke Evans was born in Pontypool, and brought up in Aberbargoed, a small town in the Rhymney Valley, Wales, the only child of Yvonne and David Evans. He was brought up as a Jehovah’s Witness, though he left the religion when he was 16 and left school at the same time.

At the age of seventeen, he moved to Cardiff, where he studied under the supervision of Louise Ryan, an established singing coach. In 1997, he won a scholarship to The London Studio Centre in Kings Cross, London. He graduated in 2000.

Career
From 2000 to 2008, Evans starred in many of London’s West End productions including La Cava, Taboo, Rent, Miss Saigon and Avenue Q, as well as several fringe shows in London and at the Edinburgh Festival.

In 2008, he landed his most significant theatre role playing Vincent in the play Small Change written and directed by Peter Gill at the Donmar Warehouse. For his performance he gained recognition from film casting directors and US agencies and was nominated for the Evening Standard Award for best newcomer. Later that same year he did his second show at the Donmar Warehouse, Piaf, in which he played Yves Montand.

Evans got his first film audition aged thirty. In 2009, he landed his first film, playing the Greek god Apollo in the 2010 remake Clash of the Titans. Also in 2010, he appeared as Clive in the film Sex & Drugs & Rock & Roll, directed by Matt Whitecross, as the Sheriff of Nottingham’s thug in Robin Hood, alongside Matthew Macfadyen (whom he would later play alongside again in The Three Musketeers), and played handyman and good guy Andy, in director Stephen Frears’ film Tamara Drewe, based on Posy Simmond’s comic strip. Evans went on to portray DI Craig Stokes in Blitz (2011), the film adaptation of Ken Bruen’s novel of the same name, in which he starred with Jason Statham and Paddy Considine. In early 2010, he shot the independent movie, Flutter, directed by Giles Borg.

Evans played the Musketeer Aramis in Paul W. S. Anderson’s version of The Three Musketeers (filmed in 2010 and released in 2011). He was cast in a lead role in Tarsem Singh’s Greek epic, Immortals (2011), in which he played the King of the Gods, Zeus. And at the end of 2010, he took a role opposite John Cusack in James McTeigue’s film The Raven, replacing Jeremy Renner. In the film, released in 2012 and set in mid-19th century Baltimore, Evans played Detective Emmett Fields, who investigates a series of murders alongside Cusack’s Edgar Allan Poe. Shooting took place in Budapest and Serbia in November 2010. In 2011, he shot No One Lives, a psychological horror film directed by Ryuhei Kitamura, in New Orleans, and began filming a role in Peter Jackson’s three-part adaptation of J. R. R. Tolkien’s The Hobbit, playing the role of Bard the Bowman.

In 2013, Evans played the antagonist Owen Shaw in Furious 6, and in 2014, he played Dracula in the film Dracula Untold.

Evans was cast as Eric Draven in the reboot of The Crow In June 2014, he joined the cast of the film High-Rise with Tom Hiddleston and Jeremy Irons. In October, he signed on to star in Free Fire, directed by Ben Wheatley and co-starring Cillian Murphy, Olivia Wilde and Armie Hammer.

In January 2015, Evans officially exited his work on The Crow project to pursue other projects. In March 2015, he signed on for the villainous role of Gaston in Disney’s live-action remake, Beauty and the Beast, which co-stars Emma Watson. That same year, he was named one of GQ’s 50 best dressed British men.

In 2016, Evans appeared in the thriller film The Girl on the Train.

Advertisement
Projects
2019
Wade McClusky
Midway
The story of the Battle of Midway, told by the leaders and the sailors who fought it.
2019
Felix (voice)
StarDog and TurboCat
A loyal dog and a vigilante cat embark on a space age voyage to find their way home.
2020
John Moore
The Angel of Darkness
PROJECT DESCRIPTION
Affiliates