(Photos & Interview) Bustle: Luke Evans Is Ready For It All

Check out the Luke new photoshoot for Bustle in our gallery and read the interview below: 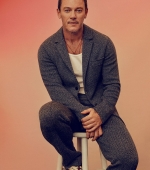 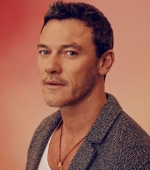 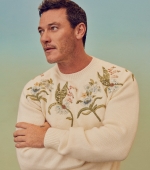 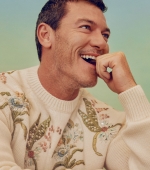 Luke Evans is running through his work schedule for the rest of the year. “I go to New York, go to Los Angeles, do a premiere, come back, shoot a movie, finish that, go on another press tour. Then I have another film to shoot at the end of November, as well as doing another TV thing, which I can’t talk about yet. Then I’m going to do another movie at the beginning of December for another week in Acapulco. And then I’m around for press, and then I’m flying to Japan to do something there. And then I get Christmas! ” He exhales, shaking his head in mock exhaustion. “It can be done, and while I can and still enjoy it, why not?”

Evans, 43, is zooming in from Madrid, the city where his partner, Fran Tomas, a Spanish graphic designer, is based. It’s early morning and Evans leans back on a sofa, rubbing his eyes and intermittently sucking on a vape. He only landed in Madrid a day or so ago. Before that, he was in Ibiza, and Portugal prior to that. Tomorrow, he’ll go home to London for a couple of nights. In case you haven’t got the memo, Evans is not a man who stays in one place for long. Nor is he someone who makes a habit of turning down opportunities.

“I want to be able to say yes to everything,” he says in his gravelly, mellifluous Welsh lilt. He’s wearing a navy polo shirt that reveals a thin, tattooed band around his right forearm. Salt and pepper stubble runs across his jaw. “I have always been a yes person.”

Read the Full interview at Bustle

For the first time, Luke Evans, a friend of the Versace house, is fronting a campaign for the Italian brand, one dedicated to eyewear.

The idea is to support the launch of the men’s eyewear collection with a personality in line with the brand and its values and Evans “is the embodiment of the modern man,” said Donatella Versace. “A true gentleman, with style and culture, funny and talented and — obviously — devilishly handsome and sexy. He is charming on so many levels, but the most important one is the fact that he is real.” In the images lensed by Mert Alas and Marcus Piggott, a sultry Evans does turn up the charm, also donning several gold rings and chains, or slipping a hand under his jacket over his bare chest.  Luke Evans in the Versace eyewear campaign.  Mert Alas and Marcus Piggott. “With time, I also discovered his great heart and incredible generosity,” continued the designer. “We met for the first time more or less a year ago at an event and it was love at first sight. I was charmed not only by his looks, but mostly by what he had to say. This is why when the time came… Read the full article at WWD

Check out some photos & videos from the campaign: 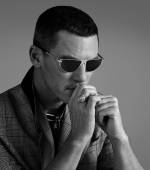 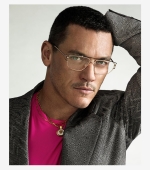 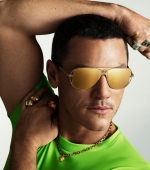 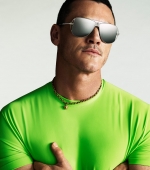 Luke and his Professor Marston co-star Bella Heathcote & director Angela Robinson visited AOL build in New York a couple of days ago where they got to talk about the movie. Check out the full interview below and make sure to check out the photos in the gallery. 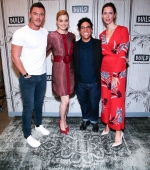 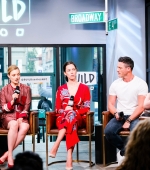 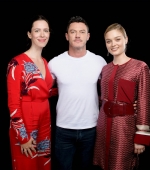 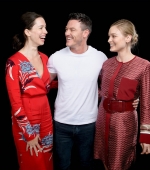